The Isle of Man - A railway lovers paradise

Visitors to the Isle of Man are astonished to discover the wealth of transport heritage contained within its 225 square miles. Lovingly preserved and operating today, the island boasts a variety of vintage railways which operate from Port Erin in the south to Ramsey in the north. Leave the car behind and see the island from a different perspective! 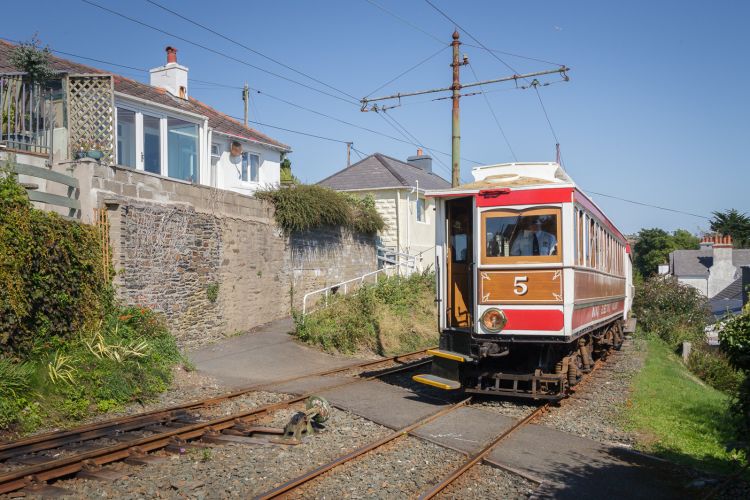 The railway boom came comparatively late to the Island with the first steam-hauled train running from Douglas to Peel in 1873. This was a narrow-gauge railway with a three-foot gauge which became largely standard for the Island, although with some variations. The following year saw a second line added from Douglas to Port Erin in the South via Castletown, but residents of Ramsey had to wait until 1879 for their line from St Johns exploiting the gentler gradients of the North-West coast. This line was only made possible by the lure of mineral traffic from once-productive lead mines via a branch line from Foxdale, but within a few years of completion of the Northern line the mines closed, and the Ramsey line became something of a white elephant. 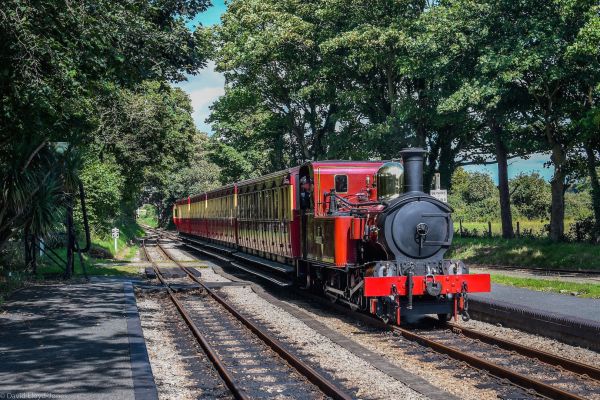 The rapid development of Douglas as a tourist destination saw first the construction in 1876 by Sheffield businessman Thomas Lightfoot of a horse tramway along the new promenade, then a ground-breaking electric tramway to service proposed new building development on the Howstrake Estate to the North of Douglas. The latter quickly blossomed into an inter-urban electric railway on an American model using the latest technology, linking Douglas first with Laxey and by 1897 with Ramsey giving the Northern townspeople both steam and electric options of reaching the capital by the West or the East coasts. The coastal route was from the outset a public service railway offering year-round passenger, freight and postal services to the local population, albeit with traffic much enhanced in summer months by the massive influx of visitors. 1896 however saw the construction in just eight months of an entirely tourist line operating only during the visiting season to the summit of Snaefell, at 2036 feet the Island’s highest point and only true mountain. This line was laid to a gauge of three foot six inches to allow for a third braking rail due to the sharp one in twelve gradient. 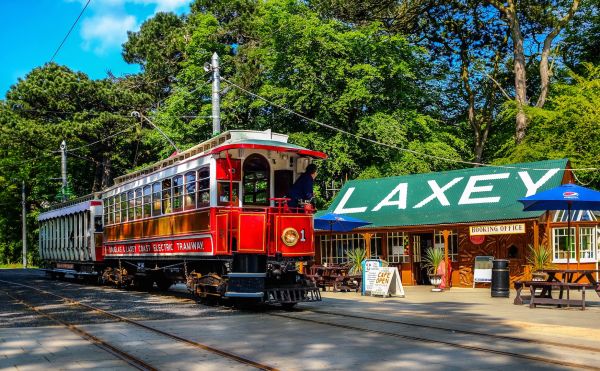 The Isle of Man Steam Railway, Manx Electric Railway and Douglas Bay Horse Tramway continue to delight residents and visitors alike, although each went through the troubled times suffered by similar undertakings elsewhere in the British Islands. The Isle of Man Government purchased the two electric lines from the failing Manx Electric Railway Company in 1957, and similar financial difficulties led to the closure of the Foxdale, Peel and Ramsey steam lines before the Government again stepped in to secure the survival of the Steam Railway, albeit in much truncated form. Since then, continued investment and a substantial annual subsidy has seen the Southern steam line return to the magnificent Douglas terminal and a welcome programme of restoration of rolling-stock on both railways. 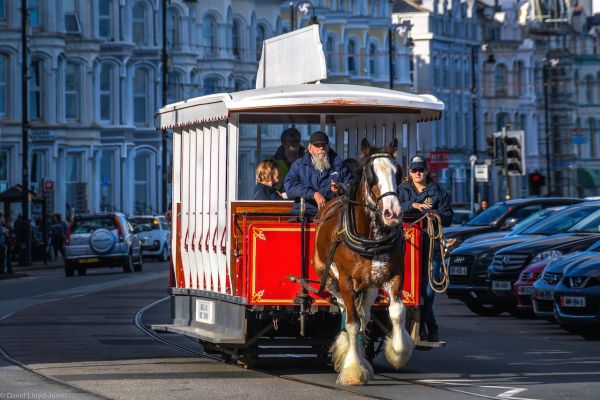 The horse tramway, now the sole surviving example worldwide of this once common form of transport, has operated continuously since opening with the exception of the two World Wars. From 1900 it was operated by Douglas Corporation but in 2015 it too was taken over by the Isle of Man Government. The future was looking rocky for the tramway with major reconstruction planned for Douglas promenade, but thankfully its heritage value was recognised and over the next three years the line will be relaid with single track operation on the Southern end. Equally heartening is Government investment in retaining the historic horse-tram stables and reconstructing the Derby Castle depot at the Northern end of the promenade.

Visitors are often surprised to learn that the railways and tramways are operated by salaried staff, unlike many rescued UK lines largely staffed by volunteers. The Island does boast a number of volunteer-operated lines, notably the Great Laxey Mine Railway running on Saturdays throughout the visitor season, and Groudle Glen Railway, operating on Sundays and some Wednesday evenings from April to October. 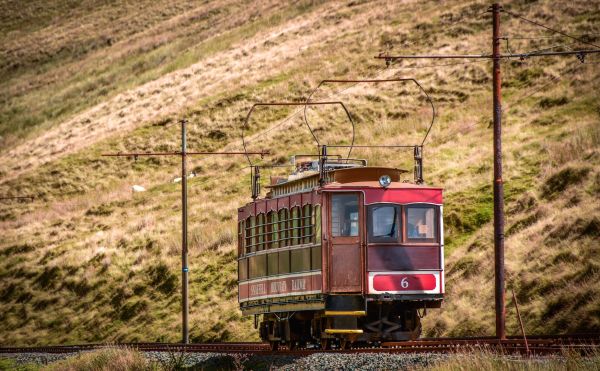 Residents are able to purchase a range of season tickets giving generous discounts for regular travel. For visitors, Isle of Man Railways offer a range of Explorer tickets covering both rail and bus transport with the option to include admission to the Island’s many heritage sites.

For some, a nostalgic rail journey is enough in itself. But this is also a way to visit some of the Island’s treasures; magnificent medieval Castle Rushen, the wide sandy beaches of Port Erin or that emblematic engineering masterpiece, the Great Laxey Wheel.

The rail network also opens up the lesser-known corners of the Island for exploration. Island Heritage Tours offer half-day and full day walks incorporating electric and steam networks, combining the thrill of heritage transport with some breathtaking scenery spiced with historic insights and the chance to see rare wildlife. 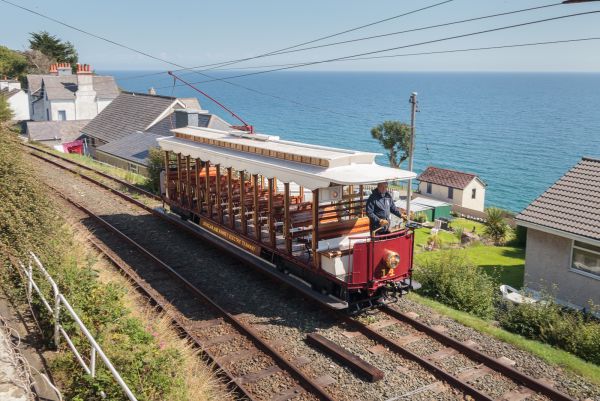 And if you wish to stay as close to the action as you can get, the trams rumble right past our cottage Thie-Ma-Chree in Laxey, where you can also jump on and off the tram at the Fairy Cottage halt - right outside! But don't worry if you can't book that one, many of our other properties are still located close to the railway network.